In 2009, after graduating from the Culinary Institute LeNotre, she turned that passion into a profession.

After working in Big Pharma, John looked deep into the science behind the keto diet.

What he found, along with how good he felt, convinced him to stay keto long after the weight loss.

In 2016, John convinced Geri to give keto a try. As the weight fell off Geri developed a catalog of delicious keto recipes.

Geri and John quit their jobs in 2018 and founded Ketonia. Making their first sale at a farmers market in Katy, Texas.

It wasn’t long before Geri’s Keto Delicacies were making waves across the nation. 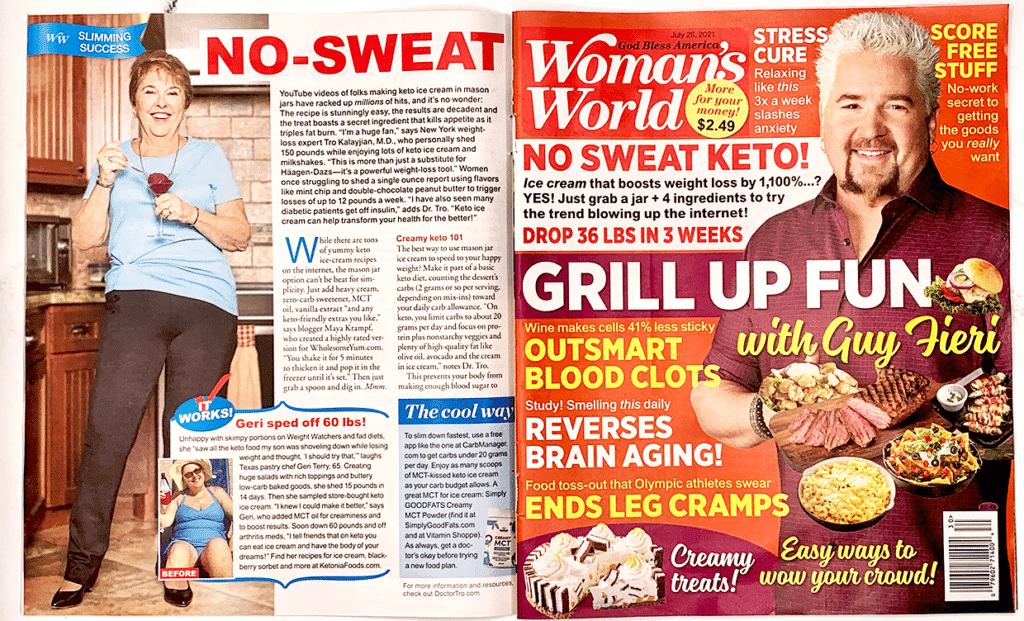 A Family of Delicious Keto Products

As long-time followers of Keto, we were tired of Keto companies promising the world but providing the unpalatable.

Even worse, half of the time, the “Keto” products weren’t even really Keto but packed with hidden sugars.

That’s why over the past five years, we’ve worked tirelessly crafting Ketonia’s premium lineup of Keto products and recipes!

You’re going to be shocked at how delicious the keto diet can be!

It’s never too late to be what you might have been.

Check Out Our Keto Recipes!